Natural Selection
(Scroll down to listen) 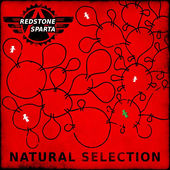 "On first playing, it is evident that these southern rockers know how to write well-crafted songs that have the ability to grab your interest. A few plays of this album, and you will be left with most of the songs becoming as familiar to you as your favourite leather jacket! And that’s a good thing, right? Redstone Sparta are a five-piece rock band who, by their own admittance, are a D.I.Y. band. They have done everything themselves with regard to this album. And they’ve done it to a high standard. The band should be very pleased and proud of what they have produced " JOHN HEAD, THE ROCK OUT, DEAL RADIO.